How to predict disaster

Of necessity, the usual predictions of the effects of climate change focus on predictable, gradual changes. Put so much CO2 into the atmosphere, and you can expect an average global rise in temperature of such-and-such.

However, in addition to this kind of change, there is also discontinuous, stepwise change. Through an unfortunate coincidence, several processes converge, and a system is unable to cope.

There is a standard statistical technique for predicting the outcome of such events, called a Markov process [PDF file]. A subset of these have an “absorbing state.”

Suppose a drunken man is staggering home along a mountain path. You know the kind: a near-vertical wall rises on his left, a sheer drop waits for him on the right. Each step takes him forward, but also some steps move him a certain distance to one side or another. So, regardless of where he’s been, his next location is completely determined by where he is now, and the next step he takes. That’s the essence of a Markov process.

The sideways distance randomly varies in size and direction. He may safely get home. Or, he may be in a position of having three or four steps taking him to the very edge. If now his next step is slightly to the right, over he goes. That’s the absorbing state.

By measuring the sideways variation of his past few hundred steps, we can estimate the probability that, some time or another, he will plummet.

This is the kind of logic used by insurance companies to assess risk. It is the logic we can use to assess the probability that a combination of events may take humanity into the absorbing state of total collapse.

I don’t have the resources to collect relevant data and do the calculations, but I hope a reader with a university affiliation and project-hungry research students might. All I can say is that this way of looking at environmental degradation is just as necessary as the projection of more or less continuous trends.

Recent research has showed that quite a number of very serious potential global disasters are possible absorbing states for a Markov process. An example is the danger of the West Antarctic Ice Shelf starting to break up.

PS Guess what. Recent evidence is that the breakup of the West Antarctic Ice Shelf has started, and it is now irreversibly disintegrating. 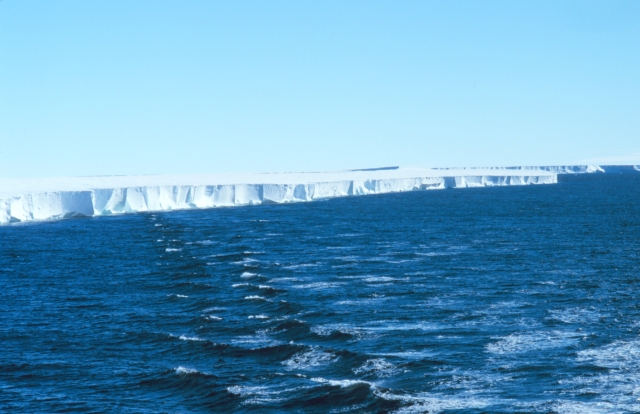 5 Responses to How to predict disaster