When the plot goes to pot 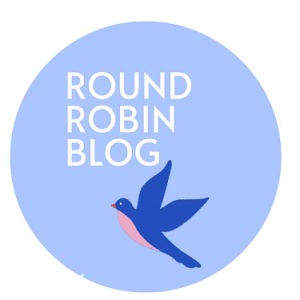 Rhobin’s homework in the merry month of June (yes, I know) is “In your writing, how do you recognize and overcome plot problems or failures?”

Nowadays, when I struggle with plot glitches, they tend to be in the books of editing clients, but I’ve had my fair share in the past. I only have one current example: filling time.

This is in one of my current projects, The Invaders, the 5th volume of the Doom Healer series. After our Universe reaches maturity, all mature Universes combine to lead the Ancient Infant Universe out of Its insanity. Every seat of Its life is invaded, but the most important is 12 spirits from what was once Earth, because they go to work on the home of the insane Universe’s champion: Bdud, who is Gog (emperor) of the planet Magog.

Bill Sutcliffe hatches as Bdud’s son, and has his team with him. Each of the 12 can draw on the power of our entire Universe, so have more “mental force” than anyone else. They soon become known as the “special children,” are given the title Mightiness, and in a very strictly ranked culture, have a rank only below the 6 members of the planet’s governing Council.

One member of the Council retires, and his son, Carryd, takes his place. He now has a 3 year grace period during which he cannot be challenged for his position. But his deputy is the father of one of the special children, and he is convinced that as soon as he can, this person will challenge him to a duel, and the special child will cheat and enable her father to win. So, a subplot is that Carryd designs an ingenious way of assassinating the special child in a way that cannot possibly be traced to him. It will take the plan about a year and a half to mature.

All well and good, and in order to keep up tension, the team needs to suffer reverses. Although it’s not written yet, I am sure that Carryd will succeed, and get away with it.

Having reported Carryd’s preparations, I returned to writing the main plot, and got a surprise. Not only that, but my heroes got a surprise too. In my current scene, they are well on the way of converting 4 of the 6 members of the Council to join the conspiracy to lead all of Magog to enlightenment.

Whoa! Whoa! Too fast! I need to fill at least a year and a half with nail-biting suspense first!

How will I fix this plot glitch? Wait for my characters to tell me what happens in the meantime. If nothing else works, I may need to ask Carryd to devise a quicker assassination method.

I struck a different plot problem, way back in the 1980s, with my second attempt to write a novel, Goodbye, Holland. The concept was a criminal organisation holding Holland to ransom by threatening to blow up the dykes that hold back the sea. One-third of the Netherlands is below sea level.

The story started with a hero (surprise!), but as it went on, this fellow became less and less important, and the action lumbered from one event to another without going anywhere. A rambling plot like this is the worst kind of death sentence for a story. I hired an editor, who basically gave me 1:1 instruction on how to plot, and on her advice I reclassified the story as a learning experience.

I set out what she taught me, and have passed on to many clients, in an old Bobbing Around post.

A third problem can be when the plot requires one of the children of your imagination to do something they just would not. I’ve actually never had this plot glitch of character inconsistency, but have encountered it in many a published book, even by well-known authors. No, I am not going to voice harsh words of condemnation about fellow authors (or even kind words of condemnation — harsh words of praise are much better), but I think you get the idea. The man our heroine is so infatuated with needs to have qualities that get in the way of the romance, but it’s so easy make him into a monster only an idiot would love. The seasoned ex-soldier explorer needs to get lost, but instead of creating a situation in which the best Comanche tracker would get lost, the writer has him misread a map. Duh! (Yes, I’ve actually read this, but won’t tell you where.) The terribly bullied teenage girl has had enough, and bravely turns on her tormentors — after half a book of buckling under. Good for her, but do I believe it?

Perhaps the worst plot glitch is lack of tension.

Every sentence of a story needs to answer the unasked question, “Why should I bother to read on?” Tension is when the answer is, “I just have to find out what happens!” The way to mis-plot is to cover everything: endless description, or step-by-step along a boring journey from one exciting event to another, or all the little things people say in a conversation. We are told “show not tell,” but showing can get in the way of excitement. The trick is to show with great immediacy and emotion when things happen, and skip between such scenes with a few words of telling.

Again, I won’t tell you who, but I was reading a book by a famous author that had a detailed description of the contents of a cave going on for at least three pages. I wouldn’t know how much longer it was, because that’s where I stopped reading.

There are probably plot problems I haven’t listed. If so, my wise fellow bloggers are sure to have. After commenting below (because that’s the only place you can), visit them and see.

I am a professional grandfather. My main motivation is to transform society to create a sustainable world in which my grandchildren and their grandchildren in perpetuity can have a life, and a life worth living. This means reversing environmental idiocy that's now threatening us with extinction, and replacing culture of greed and conflict with one of compassion and cooperation.
View all posts by Dr Bob Rich →
This entry was posted in Rhobin's round robin, writing. Bookmark the permalink.

8 Responses to When the plot goes to pot