Yvonne Rowan on our times

Yvonne has sent me a message of such power that I feel the need of sharing it. Here is our relevant conversation: 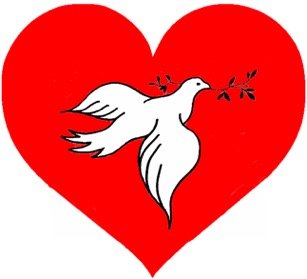 The total idiocy of so many people makes me wonder how the human species has survived this long. I’m disgusted by the selfishness of people who are obsessed with wearing a mask being a violation of their rights and using that as an excuse to endanger everyone, including the ones they supposedly love. I’ve always known there were such morons among us–I just didn’t imagine they were so prevalent. They are the reason I have so little hope for the future.

I’ll be surprised if Trump actually spends a single day in prison, however much he should suffer at least SOME consequences for his multitude of dastardly acts. Even the Democrats are arguing about whether or not his prosecution should be pursued! Seriously? They really think he should be let off the hook for all the shit he’s committed? And what do they believe will discourage the next one? Are these the same people who would jump up and down in protest if the poverty-stricken mother who steals food for her children doesn’t go to jail? Or who insist that the person who was giving food to people living under a bridge deserves time in jail?!! (Yes, they actually arrested a person who set up a table of food and was handing it out to homeless people under a bridge. I don’t remember what the actual charges were, because I was so shocked and enraged that there were any at all!)

As for him setting up an alternate government, I wouldn’t put anything past him. I honestly believe he’s capable of literally anything hateful and chaotic if it would serve his interests. However, I’m more concerned about the possibility of another civil war. Trump’s followers have been threatening one for some time–even long before the election. Now they’re saying that they intend to see Trump in the White House for another four years, “no matter what it takes. If that’s a civil war, we’re ready.” Some are saying they’re “looking forward to it,” and they fully intend to start one. Now that 70% of Republicans are convinced that Biden stole the election, they’re even more agitated and eager. I have little doubt that they’ll try. My hope is that Biden will be able to squelch it before it goes too far, if it actually comes to fruition.

Like you, I love Bernie and Elizabeth. I’m glad they’re in the Senate, though. Bernie calls himself a Democratic Socialist, and so do many of us. Unfortunately, too many Americans use the terms “socialism” and “communism” without knowing what the words mean. They are incredibly ignorant about government in general. I’m thinking of the woman at a Republican rally who was holding a sign condemning socialism in one hand and in the other, a sign reading, “The Government needs to keep its hands off my Medicare.” I shake my head, wondering how these people’s brains are wired. I do, however, know where the aversion to socialism comes from. Too many Americans swallowed whole the Republican propaganda about it following WWII and during the Cold War after. We were heavily indoctrinated to fear it with our whole hearts, because according to them, there is nothing worse. I don’t recall that it was accompanied by any explanation of what it actually meant, of course–only the word and unabated fear. Oh, yes–and it deprives you of your rights and freedom and leaves you standing in long bread lines, dealing with shortages of everything, especially money. That’s the image of socialism many Americans cling to. Unfortunately, the Republicans continue to perpetuate it, because it suits their economic purposes; socialism makes it impossible to rob the poor to stuff the pockets of the rich. Some of us here are trying to counteract their influence, but it’s doubly difficult when the people are so poorly educated regarding government and economics and how they work. I’m appalled that so many minds are firmly closed to truth and are unable to even see the extent to which what they believe is not in their own best interests. It seems impossible to get them to understand that nearly every government program that actually benefits them is socialist–like, public education, law enforcement, the postal service, Medicare, Social Security, food stamps, and on and on. They just don’t believe it, because they don’t understand it, and their minds are stubborn. (I’ve used the term “socialist” here interchangeably “democratic socialist” just out of laziness and to avoid typing the longer term so many times.)

My dear, I LOVE your rave. May I put it in the December issue of Bobbing Around? If that could possibly endanger your safety, I can do it anonymously.

My kids and grandkids (the genetic ones) regularly ring me up when they need to let off steam, or cope with some crap. Sisters can do the same. 🙂

Nothing like a good rant to help us to cope.

Metta back to you,
Bob

Yes, you may include it in “Bobbing Around,” if you wish. As for anonymity, I don’t see how it could endanger me more than other things I’ve written/posted with my name attached. I worry about myself sometimes, because at the same time that I’m clicking “send,” I’m thinking, “You DO know how much trouble this simple act could bounce upon your head should events take a certain turn, right?” But click “send,” I do. I keep telling myself I should stop, but I can’t seem to stop speaking my mind. I usually blame it on being a Gemini, but it feels downright karmic, soul-deep. I’m compelled. I can’t make myself be one of those people who kept their mouths shut while the Nazis ravaged their country. I may not be able to physically fight the battle, but the pen has always been mightier than the sword, and damned if my mouth will keep itself shut! …If I could stop, I don’t know–maybe I would. If I could.

I am a professional grandfather. My main motivation is to transform society to create a sustainable world in which my grandchildren and their grandchildren in perpetuity can have a life, and a life worth living. This means reversing environmental idiocy that's now threatening us with extinction, and replacing culture of greed and conflict with one of compassion and cooperation.
View all posts by Dr Bob Rich →
This entry was posted in Inspiration, philosophy, politics. Bookmark the permalink.