Winston Churchill once said, “The problem is not to find a solution, but to choose from the dozen possible solutions.” I don’t claim to be another Winston, but do share this affliction with him. So, I ALWAYS have more projects than I could possibly work on.

However, writing is more than composing, but a process from concept to publication, and even more: promotion is also creative.

So, let’s go through the steps I’ve been playing with. 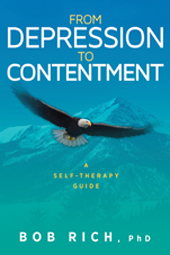 A reviewer of From Depression to Contentment suggested that I should write a version with the same message, and much the same tools, but aimed at people who don’t suffer depression. This is challenging, because the two books need to be sufficiently different to justify having both.

At this stage, I’ve manufactured several bullet points, and have been reading references.

My wife woke from a very vivid dream a few weeks ago, and we have written it up as a short story, eventually titled Rough Diamond, which we have submitted to a contest. One of the rules is that it must not be made publicly available anywhere, including on my blog, but at least you can read the start.

My longer term project is the fifth volume of the Doom Healer series: The Invaders. You can also read the start of this book. The current part is a murder mystery. In this reality, three gods are the judges, so the criminals need to fool them to avoid being tortured to death and eaten.

This is Renata, pole vaulting.

My third book was published in 1999, and has finally run its course. It is Anger and Anxiety: Be in charge of your emotions and control phobias, which is now only available directly from me. If you suffer from emotional problems, you’ll still find it useful.

The publisher of Loving Healing Press, Victor Volkman, has told me that current readers look for a single issue, so I should write these two problems up separately. I’ve started on this… sort of. That’s not anywhere as much fun as writing a murder in a different universe, though.

This has taken up a lot of time and effort. Latest has been an interview on a radio show, The Author Show. My 15 minute attempt to inspire people to buy From Depression to Contentment is due to be available on the 23rd of July, for 24 hours. I assume this is from midnight to midnight, US Eastern Time. I’ll post the specific link as soon as I have it. Well, I tried to do it earlier, but for some reason was unable to.

[PS An hour after writing this, I got an email: The link to use on July 23rd from 12:05am to 11:55pm EDST (New York City USA Eastern Daylight Savings Time) is
https://wnbnetworkwest.com/WnbAuthorsShow3.html.]

The interview is free. I was sent a list of 7 questions to think about, and provide answers to; and to generate 5 to 10 questions the interviewer should ask me. This was definitely creative work, and took me about 9 or 10 hours of intensive effort. Can you hear me still panting?

Then I had to call a number via Skype, which connected me to a recordable Zoom site. We were connected for well over an hour, of which the interviewer talked for about 40 minutes, and actually conducted the real thing for 20.

I must say, I learned lots, so there is some benefit regardless of outcome.

What I get for free is that 24 hours of exposure. If I want some real publicity, reaching new people beyond sending my friends along, I’d need to pay $US300. Given the exchange rate, that’s about $480 Australian, which is not on. As my friends know, my wife and I have lived a deliberately low income, low cost lifestyle since 1978, as our contribution to slowing the destruction of the life support system of our little planet. It is also a major path to contentment, and is covered in my book.

The best I can do is to post the document I’d prepared for the interviewer, which I’ll do after the interview has been and flown.

So, there you have it. This is my recent and current writing activity.

Please comment below, then visit my fellow conspirators in Rhobin’s rounds:

I am a professional grandfather. My main motivation is to transform society to create a sustainable world in which my grandchildren and their grandchildren in perpetuity can have a life, and a life worth living. This means reversing environmental idiocy that's now threatening us with extinction, and replacing culture of greed and conflict with one of compassion and cooperation.
View all posts by Dr Bob Rich →
This entry was posted in Bob's Books, Rhobin's round robin, writing. Bookmark the permalink.