Good news for tigers and rhinos — for now

Chinese medicine has superstitious aspects, like rhino horn and tiger bits enhancing male potency. While Chinese authorities are all for wildlife conservation, traditionally they’d allowed bits of these animals as long as they were captive, and bred for the purpose. Naturally, when a poacher kills wild animals, the harvested parts look the same, so these magnificent, intelligent animals are being hunted to extinction.

There was an absolute ban on using rhino and tiger in “medical” preparations, but recently it was relaxed. Such a storm of protest arose that, terrific, the ban has been reinstated “for now.” 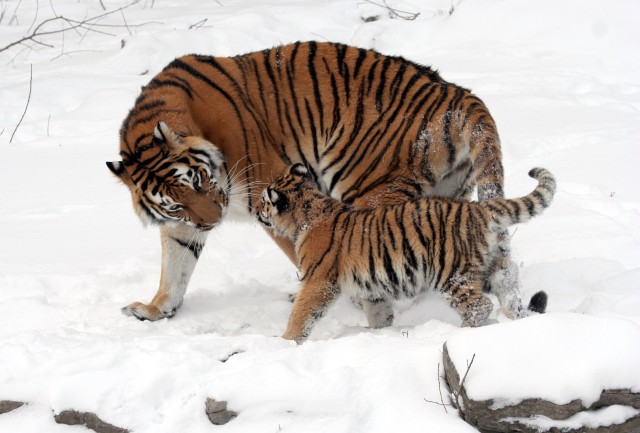 I am a professional grandfather. My main motivation is to transform society to create a sustainable world in which my grandchildren and their grandchildren in perpetuity can have a life, and a life worth living. This means reversing environmental idiocy that's now threatening us with extinction, and replacing culture of greed and conflict with one of compassion and cooperation.
View all posts by Dr Bob Rich →
This entry was posted in compassion, good news, philosophy, politics. Bookmark the permalink.

3 Responses to Good news for tigers and rhinos — for now