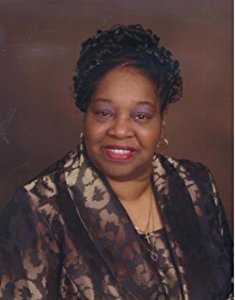 Cheryl Holloway is an award-winning writer, talk show host, journalist and retired writer-editor for the Federal Government and military. She has been the Editor of numerous magazines and newsletters, and was an intern at the Smithsonian Institution Press. She has over 30 years of extensive experience in the journalistic and publishing arenas. She has earned the respect of her peers and the general public as an expert in media reporting in a number of states.

She was a metropolitan reporter in southern California for the Precinct Reporter and Orange County News in the early 90s. For over two decades, she worked with military magazines for both the Air Force and Coast Guard as a writer for the Nuclear Surety and Flying Safety magazines. She began as a writer for the Road & Recreation Magazine and Proceedings Magazine, the oldest military magazine in U.S. history. She later became the first and only African-American Editor of each magazine. While working for the military, she won several awards for the publications, including the coveted NAGC Blue Pencil Award. Holloway also was an intern at the Smithsonian headquarters for the Smithsonian Publications. She has also been a Talk Show Host in radio and television in California, Ohio, Maryland, Indiana, Illinois and New Mexico. Her latest talk show, Just About Books, was created in 2005 to give authors an arena to discuss their books and bring them to the readers of the world through Internet radio. She retired from the Federal Government in 2006, which opened the door for a new phase of her life as a full-time writer and editor.

One day while visiting an antique store with her granddaughter, who asked, “What is that?” she replied, “an adding machine.” Cheryl came to the realization that children of today with all of the technology need to know how life really was for their grandparents—in the recent past. So, she decided to write a historical novel about the 1960s.

Cheryl is making her dream come true as an author. She lives in southern Maryland and northern California with her family, where she is hard at work on her next book and other writing projects.

She was kind enough to interview me in my publicity campaign for Guardian Angel, and I was so impressed with her achievements that I asked for a return interview. Here it is.

Cheryl, I’ve read everything on your website, and I have an intuitive feel of sunshine. You come across as confident, strong, feeling good about yourself. Am I right? If so, can you say a few words to lead others toward where you are?

CH: Yes, I am very confident in my writing. I have been writing for many years, now. My writing varies from articles, informational pieces, poetry, books, short stories, to magazines. You name it and I can write it. I have put a great deal of time in learning my craft. I am exceedingly passionate about writing. I have learned one important point about writing and that is—writers write…on a regular and continual basis.

What is your advice to others who want to emulate you?

CH: Writing is one of my passions. If writing is your passion, pursue it with a passion. Write about any and everything, all the time. I can assure you that your writing will get better, as each day passes and you continue writing.

Congratulations on your history of professional success in magazines associated with the US military. You started with two disadvantages: being a woman, and having a brown face. In any sort of a decent society, neither should matter—but in real life, they do. I’d love to have you write books and stories that deal with the difficulties and triumphs of that journey. For now, can you share a few anecdotes?

CH: All of my life, I’ve had the handicap of being a woman and I must say that I have dealt with it quite well. I was the first African American Editor for the Air Force Road & Recreation Magazine (1980’s) and for the Coast Guard Proceedings Magazine (1990’s), the oldest military magazine in history and the magazine is still being published. I was also the first African American Writer/Editor for the Inspector General’s Office, Social Security Headquarters (2000’s).

I was hired by the Coast Guard—sight unseen, on the validation of my resume, credentials and a phone call. They assumed I was Caucasian and when I showed up African American, they did not know what to say. I was hired as a Division Chief—they were ready for a woman, but not an African American woman. So, I was given the worst group of employees—trouble makers, poor attendance, lazy workers, etc. Two men had a fist fight in the break room one lunch hour and one woman never came to work. Once again, they assumed that I would quit. But…when I turned the employees around to star workers, management was indeed amazed. The two men later became my hardest workers and I convinced the woman to come to work—five days a week. It was hard work; however, I took the lemon and made some sweet lemonade.

I am cheering. You must be a psychologist as well! My readers and I—most people—would be interested in the story of how you managed this. Have you used this challenging experience as raw material in your writing? How does a young woman in a man’s world, from a minority group treated with disdain, manage to improve such a social environment?

CH: I always carried myself in a very professional manner. So, I became a mentor for my employees—in every way possible. So, they started to emulate me. They started dressing more professional, taking additional training classes, working hard and paying attention to the quality of work performed. I rewarded them—from certificates, to small gifts, to days off. Before I knew it, the whole team was on board and were quickly becoming star employees.

If you haven’t yet written that story, please do!

The theme of your blog is “paying it forward” to give other writers a venue for getting known. Did you have such help when you were starting out? When your first book came out, how did it become well known?

CH: No, in the beginning I did not have a way to get the word about my book, A Forgotten Negro League Star: A Personal Look at Al Burrows. So, in 2005, I created Just About Books Internet Talk Show. I gave authors a one-hour interview to discuss their book. The Negro League book wasn’t my first book; however, I needed to promote it locally and nationally, so I decided that a radio show would help me get the word out for myself and other authors. The book became well known by my writing press releases, local and national newspaper articles, and of course, word of mouth. Al Burrows was alive during that time and he promoted the book, as well. I have continued to pay it forward since 2013, by creating my blog.

I looked up Just About Books Internet Talk Show on the web, and only found a 2008 mention, which stated the Executive Producer as Cheryl Robinson. And is this show still going?

CH: Yes, the Just About Books Internet Talk Show was produced until the end of 2008. Then, life happened and I was unable to continue with the show, which eventually led to my blog being created. I am no longer producing the talk show. (Yes, Robinson was my married name.)

What is Smithsonian Publications? You were an intern there. Again, I have no doubt that getting in was a major achievement. Can you share a story about that?

CH: Yes. The Smithsonian Institution is the world’s largest museum, education and research complex, which is located in Washington, DC. Internships can vary in length and are offered in a wide variety of activities. I was chosen to work in the Smithsonian Book Publishing department. At the time, they were publishing a book for the Kennedy family. I worked with Maria Shriver and others in the Kennedy family putting together the book, What’s Happening to Grandpa? It was indeed a wonderful behind-the-scenes experience.

Finally, suppose I gave you a magic wand. You wave it, and one thing in the world will be different tomorrow morning. What will be that change, and why?

CH: I would like peace among all mankind—different people, races, nationalities, countries, religions, languages and life in general. So, that we all can get along and be happy!

As you know, I fully agree. When I worked in an Australian Aboriginal health service, I told my friends there is only one race: the human race.

At times, life can be difficult and that is why I write romantic short stories and books to entertain people and make them happy. I like happy endings, but sometimes, like life, you have to have a different ending. I wrote the book, The Proposal: A Leap of Faith. And it has a different ending. Some readers like it, while others don’t. But it is an interesting love story based on real-life events. In my books, the Cougar Tales Series, there are three unique and romantic stories of an older woman, who is enjoying the love and life with younger men. In Book 1: Father and Son; Book 2: The Italian Basketball Player; and Book 3: Jamaican Love, the stories all deal with real-life situations and love off the beaten path. One of my other books, A Sisterhood of Women Living Life, it is a book of five short stories of women of all ages, 18-50, who are just living life and being in love. It also has a bonus of five really short stories of more love. I wrote The Bane Bath Salts to discourage teenagers from using designer drugs. It is a short story about two teens, who experiment with bath salts and the outcome of their decisions. All of my books can be purchased on Amazon.com as eBooks. I am currently in the process of having some of the books published in print.

I was going to ask you to tell us of your books, but won’t now! 🙂

Are you interested in offering a free electronic copy of one of your books to a commenter?

CH: Yes, I would love to offer one of my short stories, June’s Double Rainbow. A Sneak Preview from A Sisterhood of Women Living Life: A Compelling Collection of Short Stories Book 2. All they have to do is email me at AuthorCherylHolloway@gmail.com.

Thanks so much Dr. Bob for having me on your blog. I have certainly enjoyed the questions and discussing my writing career with you and your readers.

I am a professional grandfather. My main motivation is to transform society to create a sustainable world in which my grandchildren and their grandchildren in perpetuity can have a life, and a life worth living. This means reversing environmental idiocy that's now threatening us with extinction, and replacing culture of greed and conflict with one of compassion and cooperation.
View all posts by Dr Bob Rich →
This entry was posted in Interviews by me. Bookmark the permalink.