Where do my characters come from?

Other essays in Rhobin’s rounds

Rhobin’s question: how do you go about developing your characters for a story? How much time do you spend or does it just happen in the writing process? What inspires it?

I really don’t know where my character ideas come from, so this has been a topic to make me think.

Years ago, I was sent an invitation to enter a short story contest. The judge was a well-known Australian writer of Young Adult crime books, so I decided that’s what my entry should be. I thought, “I need a teenage detective.” As I went to bed, a girl spoke within my mind: “Nobody notices an ugly little girl with glasses.”

By the next morning, she’d become my detective: Lindy, who is sure she’ll be a famous author when she grows up, so is an Observer of Humanity. She solves the crime her father the Detective Sergeant is stuffing up. The result was The Scarlet Pimple Gives a Nudge, one of the stories in Striking Back from Down Under. 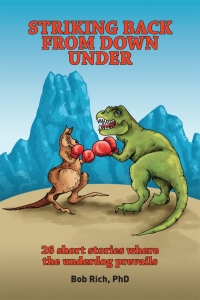 In early 2015, I was working on a chapter on characterisation for my on-and-off-and-on project of a book about writing. I needed a couple of examples, so wrote a scene about a big, muscular boy rescuing the new kid at school from bullies. These two guys wouldn’t let me alone, and became Bill Sutcliffe, the hero of my so far unpublished Doom Healer series, and his friend Grater Grattan, whose great shame is that his birth certificate names him as Hilary. 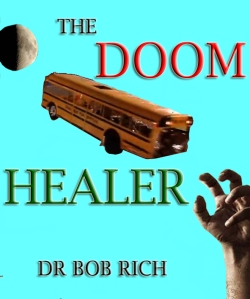 A blind old man was sent to me for trauma therapy, after a bunch of teenagers had assaulted him and his old seeing-eye dog. You can’t work with people if you share their emotions. I needed to do something about my outrage. So, as self-therapy, I thought of a horrific crime I could displace the emotion to: a teenager killing a bunch of little kids because he hates everybody. I needed a witness. She had to be an old lady, walking too slowly to be with the victims. And there she was, fully developed: Sylvia Kryz, the narrator of Hit and Run.

The boy, Chuck, took longer to develop. I got to know him in the way Sylvia did, bit by bit as the story progressed. 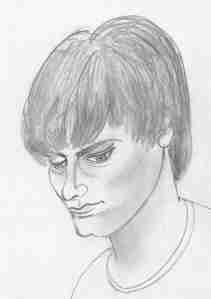 That’s central characters. Secondary characters and minor walk-ons are a matter of design, of filling a need. In Guardian Angel, I needed a way to get an Aboriginal little girl into a school, at a time when even the majority of white girls were uneducated. I decided that her mother needed to become a servant to a lady who would come to love the little girl, and decide to send her to school. I designed Alice MacCaffery to fill this role, actually writing down the characteristics she’d need to have. Only, then she came to life, and her role grew into a major one. That tends to happen to many of my people. 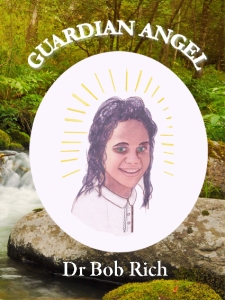 Much later in the book, my little girl, Maraglindi, has been murdered, and her older brother needs to honour her passing. I’ve researched how this was done, and described it exactly. Only, I needed an interruption, so invented two yokels who disturbed the Aboriginal young man in his sacred place. They merely filled a role, got a few paragraphs, and then ran away, never to return. Not every character needs to be three-dimensional.

I rarely have any problem with appearance, personality, background facts, the person’s back story. Once I have someone, these details are there. The one thing I often lack is a name. I usually search on the internet for names that suit, and choose one that’s as different as possible from other names already within the story. In Hit and Run, I needed a Child Protection worker who was a martial arts exponent, and thought, “I don’t have a John in the story yet,” so he became John Hunt.

How I’ve handled him may be interesting. You only put in details that advance the plot. So, he becomes a fully rounded personality who performs his role within the story, but at no stage do we find out anything about his past, living circumstances, family, tastes and interests other than those relevant to the action he is a part of.

So, there you have it. I really don’t know where my characters come from. Like Lindy, I am a loner who observes humanity. It’s all stored away, and I expect that each fictional character is an alloy of a great many real humans from my past.

I am a professional grandfather. My main motivation is to transform society to create a sustainable world in which my grandchildren and their grandchildren in perpetuity can have a life, and a life worth living. This means reversing environmental idiocy that's now threatening us with extinction, and replacing culture of greed and conflict with one of compassion and cooperation.
View all posts by Dr Bob Rich →
This entry was posted in Rhobin's round robin. Bookmark the permalink.

13 Responses to Where do my characters come from?