Writing is an addiction

Other topics in Rhobin’s rounds

Rhobin’s January, 2017 topic: Everybody wants to write a book, but most do not. Writing is hard work. What got you started, and what helps you get through a complete story?

What is a writer?

A writer is not just a person who writes. Almost anybody can write, which is why publishers are drowning in a flood of manuscripts that no one wants to read. But a writer MUST write. I can no more give up writing than I can do without breathing. It is something I do all the time. Working at one of my many tasks, talking with a friend, whatever I am doing, I am also observing life and translating it into words. I look at the expression on a face, the movement of a hand, a flower, the scenery, on joy and suffering and squalor and magnificence, and all of it is stored away, to emerge some time later. Everything is ammunition for the machine gun of my imagination. It will become part of some work or another, perhaps a long time later, transformed and hidden and combined with other experiences.

Sometimes, a publisher has rejected a work I’d submitted, or a critic has been unkind. I feel that a child of my spirit has been trampled, and get depressed. I think, What’s the use? I might as well be sane like everyone else and watch TV or something.

At times like this, I need some solace. And what do I do to survive?

The inside of my mind has been like this, for as long as I can remember, but I didn’t know that I was a writer. My passion as a youngster was distance running, and as I covered the many long miles, I passed the weary minutes and even hours by making up endless monologues. I never thought to share these with anyone else — for Heaven’s sake, who’d be interested in my thoughts? But unknowingly, I was a grub feeding on the juicy green leaves of experience.

At school, and later at University, my quirky mind allowed me to excel, while at the same time it was impossible for me to fit into any system. I just felt different, and odd, and therefore inferior. I coped by trying harder than anyone else, and accumulating a long list of successes.

Did they make me feel better about myself? Of course not. So, I continued to strive, and to buck the system.

Here is an example. During my second year at University, I chose to attend Philosophy. One of the Professors gave a very well organised series of lectures. I think they must have been the chapters of a planned book. And at the end of the year, while preparing for the examinations, I noticed that Lecture 3 and Lecture 11 were incompatible. If one was correct, the other couldn’t be. Both were important topics, so I tried a gamble. I prepared a double-sized answer that summarised both topics, then showed how they conflicted with each other.

Sure enough, two of the five questions were on these two topics. Gulp, will I? Won’t I?

I did. I gave a combined, double-length answer to the two questions.

Then of course I spent the weeks until the announcement of the results with the snake of apprehension slithering about in my stomach. In vain did I tell myself that I answered the other three questions well, and that this was only one of three exams in Philosophy, and I was bound to pass even if this man chose to fail me.

But it was all right, he had a sense of humour. He gave me a High Distinction. And the next year, he’d dropped Lecture 3.

Later, my creativity found a happy temporary home in research. Not that I could keep to the customary formulas! My PhD project was so odd that I had to spend a year inventing a new method of statistical analysis, one that, as far as I know, has never been used by anyone else.

And then I became a Mudsmith, with a deliberately low-income, almost self-sufficient lifestyle, and started writing. [Read my essay that explains this crazy idea.]

Hemingway advised: “Write what you know about.” At that time, I was building my house, and learned new skills every day. This was what I wrote about, mostly in an excellent magazine called Earth Garden. These ‘how to’ articles were pedestrian, like the recipes in a cookbook. But they struck a chord, and my ideas resonated with the thousands of people reading the magazine. So, one day I wrote a letter to the magazine’s publisher, Keith Smith, suggesting that the two of us could co-author a book about building. He had posted a letter to me on the same day, with the same proposal!

The Earth Garden Building Book took us two years to write, maturing like good wine. It came out in 1987, and went through four editions. It has been reviewed as the ‘Australian owner-builder’s bible’, and has been used as the main reference by tens of thousands of people as they built their houses.

My second book, Woodworking for Idiots Like Me, was more ambitious in a way, being a series of autobiographical short stories. Each story had a practical lesson and a recipe for doing some aspect of woodcraft. It also did very well, being repeatedly reprinted over five years. It is now available in electronic form.

In the meantime, I continued my growth as a writer. My first win in a competition was in 1991, a third prize for the story, Peace for the Joker. Ever since then, I’ve had occasional bursts of short story writing, and each time won prizes and awards.

Gradually, I got more ambitious and tried to write novels. The first three were no more than learning exercises, but gradually I grew wings of many colors, and flapped them, and my ideas flew. I now have 15 published books, with the 16th on the way, and the critics have been kind — well, almost all of them.

I hope that my words will give you pleasure, and open doors of understanding into worlds you haven’t yet explored. 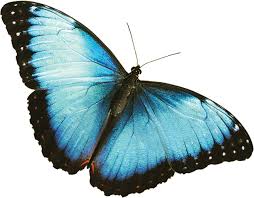 PS Being a Greenie, I recycle. So did people like J.S. Bach and Wolfie Mozart. This is an extract from a file at my website, which is stolen from my anthology Through Other Eyes.

Please leave a comment, then visit the other participants in Rhobin’s Rounds, and leave them a comment too.

I am a professional grandfather. My main motivation is to transform society to create a sustainable world in which my grandchildren and their grandchildren in perpetuity can have a life, and a life worth living. This means reversing environmental idiocy that's now threatening us with extinction, and replacing culture of greed and conflict with one of compassion and cooperation.
View all posts by Dr Bob Rich →
This entry was posted in Rhobin's round robin. Bookmark the permalink.

21 Responses to Writing is an addiction